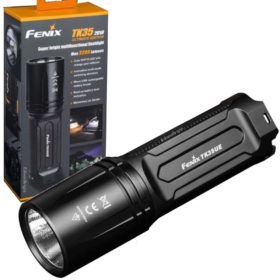 The Fenix TK35UE Ultimate Edition flashlight is newly upgraded with the latest Cree XHP70 LED which delivers a maximum output of 3200 lumens a distance of 984ft (300m). The innovative toggle switch allows you to quickly switch between tactical mode, outdoor mode and the lock-out function. The battery indicator lets you know if the two 18650 Li-ion batteries (not included) are in need of charging via the USB port on the battery holder.

Mode Switching
In any state, turn the toggle switch from left to right, to select between tactical, outdoor and lockout modes.

In Tactical mode, only Turbo on General mode and Strobe on Flash mode are available.

In Flash mode, single click the Functional switch to cycle through Strobe‚ÜíSOS.

Boot-up Battery Level Indication
Each time the light is turned on, the battery level indicator will automatically display the battery status for 3 seconds.

Note: This only works on rechargeable LI-ion 18650 battery.

Intelligent Protection
The light will accumulate a lot of heat when it is working at Turbo mode. When the light is overheated up to 65 ‚ÑÉ or above, the flashlight will automatically step down a few lumens to reduce the temperature; when the temperature is lower than 65 ‚ÑÉ, the output will gradually return to Turbo output level.

Low-voltage Warning
When the voltage level drops below the preset level with the light switched on, low voltage warning will be activated automatically, then the battery level indicator on the Functional switch will flash red to remind battery replacement or charging. The flashlight is programmed to step down automatically to a lower brightness level until Eco output is reached. To ensure normal use, the flashlight will not turn off until the battery level runs out or once the battery over-discharging protection activates.

2.    The charging indicator will display red while charging, and will turn to solid green when fully charged.

Note: Avoid conductive object like coins, screws and keys when takes the battery holder out of the light, to protect from circuit damage caused by electrode short circuit.

Usage and Maintenance
Disassembling the sealed head can cause damage to the light and will void the warranty.

If the flashlight will not be used for an extended period, remove the battery, or the flashlight could be damaged by electrolyte leakage or battery explosion.

Long-term use can result in O-ring wear. To maintain a proper water seal, replace the ring with an approved spare.

Periodic cleaning of the battery contacts improves the flashlight‚Äôs performance as dirty contacts may cause the flashlight to flicker, shine intermittently or even fail to illuminate for the following reasons:

A: The batteries need replacing.
Solution: Replace batteries (Ensure batteries are inserted according to the manufacturer‚Äôs   specifications).

B: The threads, PCB board contact or other contacts are dirty.
Solution: Clean the contact points with a cotton swab soaked in rubbing alcohol.

C: The battery protection board is in a protective state and unable to free from it.
Solution: Take out the battery holder and replace it, or replace the batteries.

If the above methods don‚Äôt work, please contact your authorized distributor.

Warning
This flashlight is a high-intensity lighting device capable of causing eye damage to the user or others. Avoid shining the flashlight directly into anyone‚Äôs eyes. 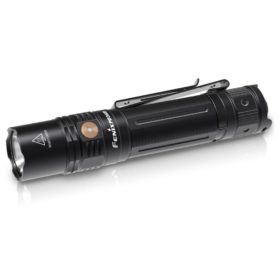 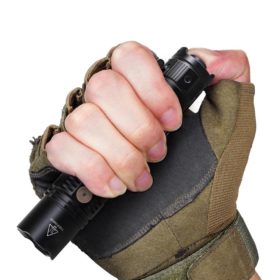 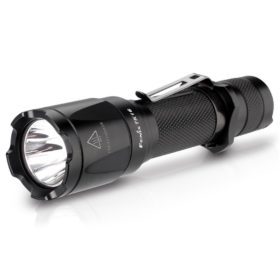 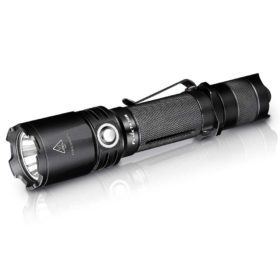